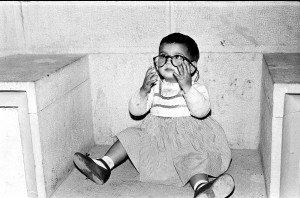 I was born in the province of Barcelona, the second of a brood of eight, seven girls and a single boy – just imagine! I had a happy and noisy childhood, and never lacked for books. According to family legend (every family has their own) I started reading at the age of four without anyone bothering to teach me. True or not, the fact remains that words and books were a part of me from then on.

I knew I wanted to write, to be an artist, and what’s more I was a hippie with an adventurous soul. I was passionate about cinema, so I left Spain for Mexico City where I studied cinematography at the National Autonomous University of Mexico (UNAM); these were heady, bohemian years, full of joy. I made a living playing the piano, surrounded by a mass of friends, all as wild and carefree as myself. We barely slept, dancing away every other day (and every day in between too), drinking like pirates and forming our own interpretation of the sexual revolution. But we also learnt a lot. For my part these were prolific years; already before I’d even graduated I was churning out scripts for Mexican educational television, one after another. 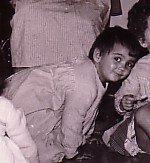 I went back to Spain and carried on my work as a screenwriter, though now with a focus on fiction both for film and television; then as now ever freelance. Although I thought of myself more as a screenwriter than filmmaker, eventually it seemed natural to take the plunge into directing. I directed two feature films for the big screen, both of which I’d penned myself. During these years I complemented the practical art of cinematography with teaching screenwriting, both in Spain and in Latin America.

In 2009 I bid farewell to the moving-picture business and dedicated myself wholeheartedly to the literary world, a subject that had always been lurking at the back of my mind. And to a certain extent this too was a natural step forward. Cinema demands a frantic, outgoing and team spirit; with age came the urge for seclusion and introspection; the desire for a more personal and direct form of expression. I began by translating high-end literature and writing articles on culture, both of which provide rigorous mental exercise, but especially translation; and at the same time I tried my hand at literary fiction for the first time…

And I’m still writing now, with more enthusiasm than ever.

From an early age I’ve dreamed of living a cosmopolitan, nomadic life; with the internet and my laptop, this has been made possible. These days my life fits neatly into a little suitcase, and whichever corner of the world I end up in now, all I really need is a few square feet where I can set up camp.

At the moment I divide my time between Greece and Spain, with regular interludes in Switzerland and the UK. A somewhat tiring existence perhaps, but not one without its rewards; without roots in any one place, I feel free, and the changing landscapes and languages around me keep me ever ready and alert.

And just to round out my life and make it complete, I also have two daughters and a granddaughter.